Subject: Tonight 8-10 Pacific, this channel will host a panel on Iran-Contra+CIA drug trafficking, a terrifying watershed in our Descent Into Tyranny. The chat's usually pretty enlightened

Subject: i know most people here are rightwing but looks like they censor pretty much everyone. More of DescentIntoTyranny on thiskarma.com

Title: ---Potential outcomes from a false flag OP next week?---

Text: I was listening to a video where Mr. Biding-his-time mentioned his unconcern about safety during a certain event of significance next week.

So it got me thinking. After seeing how recent events on the 6th had some of Trump's team & supporters abandon him I'm now wondering what are the odds of them staging a Curse of Tippecanoe type scenario against Mr. Biding-his-time (whether real or just for spectacle).

Such an operation would give them no other choice at all than to usher in prompt passing of legislation for gun seizures; Kamala presidency; provide additional justification for right-wing censorship and de-platforming; communications monitoring and profiling; justifications for angry leftist mobs going after Trump and his supporters which would also happen to be super spreader events, these violent covid mobs will then add to further justification for marshal law/lock downs and gun seizures. Maybe you can even throw in mandatory vaccinations after such super-spreader events, any opposition to mandatory vaxx would be silenced or in hiding.

All this would leading to further business closures and economic hardship (and therefore universal basic income); rounding up and scapegoating of prominent right-wingers/patriots/second amendment supporters; publicized trials to scare off any opposition, and then i think we would have arrived at US totalitarianism by then. With the US unstable and economy on the edge of collapse, global financial panic ensues, currencies and economies collapse and we have our great reset, out of the ashes a new world order and one world currency. Mission accomplished.

Trying to not spell it out too much to risk unfair targeting of this sub. I'm also wondering if this is the most open/free sub so as to be a honeypot for future profiling. - *Referring to last sub*

Subject: Stop Censoring Social Media Voices Who Question Whether "U.S. [Can] Play a Role in Fomenting Unrest" When It's Actually Happened Before

Well, my post on r/libertarian took me down below 1k Karma for a few days, but I've managed to crawl back up.

You would think, "The current atmosphere makes me afraid to post relevant links because of fear of the atmosphere of oppression of dissent going on right now,"

Wouldn't get you *buried* on a Libertarian board.

I don't think Libertarian means what they think it does.

Subject: How a surveillance plane was sent to one wealthy suburb

Subject: One judge says he guilty and helped Chevron ruin his life.

Subject: [Ascent out of Tyranny] Romanian Police Stand Down And Are Refusing To Issue Fines For Non-Compliance With Pandemic Measures Starting Today!

Subject: Jailed for being poor is Missouri epidemic: A series of columns from Tony Messenger

Subject: During riots Ayana Pressley discovered her panic buttons had been torn out in advance

Didn't anyone notice that the last senator, he was recognized by Pelosi. As he was interrupted, he asked, "Madam Chairperson, could you bring the house to order," looked up, and saw it was a male now. He corrected himself, and asked again.

Pelosi was removed and rushed out of the building. The rest of the Senate was left in there to sweat it out. 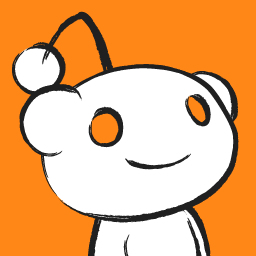 Pelosi isn't in the senate.

But these missing buttons are an issue. Another aspect of what needs to be investigated.

As Speaker of the House Pelosi was recognizing the Senators for and those opposed to the electoral confirmation. She recognized the last Senator to speak before the disruption. In the middle of his speech, he addressed her, but she was no longer at the podium, someone else was. Shortly thereafter they secured the confirmation chamber and the new Speaker said, "The senate will remain in the gallery" or something like that. Watch the video. It is all there.

But Pelosi was out of there long before the disruption reached their location.

This seems *orchestrated*. They *knew* Pelosi was a target. They seem to have wanted the Senate to feel *threatened* and to feel *outraged*. At the very least security made a value assessment that said that Pelosi was a high value target and that the rest of the members of the senate that were present were expendable. It seems more like they had insight into what was going to transpire, as opposed to just having a proactive plan in place.

The missing buttons only strengthen the implications of what I'm suggesting. There were many unusual circumstances that went on that day. 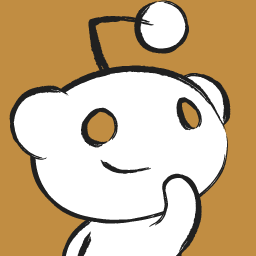 This seems orchestrated. They knew Pelosi was a target. They seem to have wanted the Senate to feel threatened and to feel outraged.

Are you suggesting that it was some kind of false flag operation? That Pelosi, or those protecting her, was actually behind it?

Not necessarily. I'm suggesting it is worth noting that she recognized the last Senator to speak before the disturbance, and when he looked up, she had been replaced, and that this happened only RIGHT as the disturbance was outside of the doors and it was too late for anyone remaining in the chambers to do anything but sit down and hope for the best.

The fact that it seems at least several minds here have jumped to inferring that my *conclusion* was that it was a "false flag" operation, and thusly downvoted my comment - speaks to their resistance to acknowledging that this is interesting at least, and suspicious at worst.

Maybe it was just secret service being exemplary at their jobs, at least insofar as protecting Nancy Pelosi despite otherwise seemingly getting caught with their breeches down. Maybe it was just a coincidence. I'm not *suggesting* anything.

I'm observing an interesting element of how this went down and sharing that observation.

The police were in on it, to what level I hope we find out. The FBI already said they warned them and nothing was done. It was hard to get the national guard in. These all line up to someone up the chain cough Trump cough knew and helped it occur this way.

Many people need to be taken out of the congress and stay out. Same in the police.

So, without trying to strawman you...

Are *you* saying that you distrust the local police in this case, but trust the integrity and honesty of the Federal police - the FBI?

I know this was just done to me above - but I'm just trying to understand how you extrapolate it from "unruly mob," to "local police" to "TRUMP"... and come to the conclusion, "Congress and the Police need reform"... based on the word of the FBI. Doesn't it seem like corruption most likely runs through all of these mechanisms of Government and you can't trust *any* of them?

I was driven from r/libertarian because of the Leftists there *picking and choosing* their Statist ideologies - and it seemed like this group was free of that. The response here makes me think they just hadn't gotten here yet, a couple of days ago. It seems to be spreading like a Covid-19 spike.

I can't believe I'm being downvoted by "Libertarians" for noticing that Pelosi was rushed out of the chambers well before any threat reached it - so quickly that the Senator objecting to the Elector Certification didn't even realize the Chairperson had been swapped out since he started talking.

They literally cannot handle anything that causes cognitive dissonance in their belief.

Subject: The threats and violence Twitter won't police - Twitter hosts a "#KillTrump" hashtag. In all of the glorious English language there is no clearer, plainer, or shorter way to call for violence than the word kill followed by someone

Subject: How Covid paved the Road to Serfdom

Subject: Re: How Covid paved the Road to Serfdom